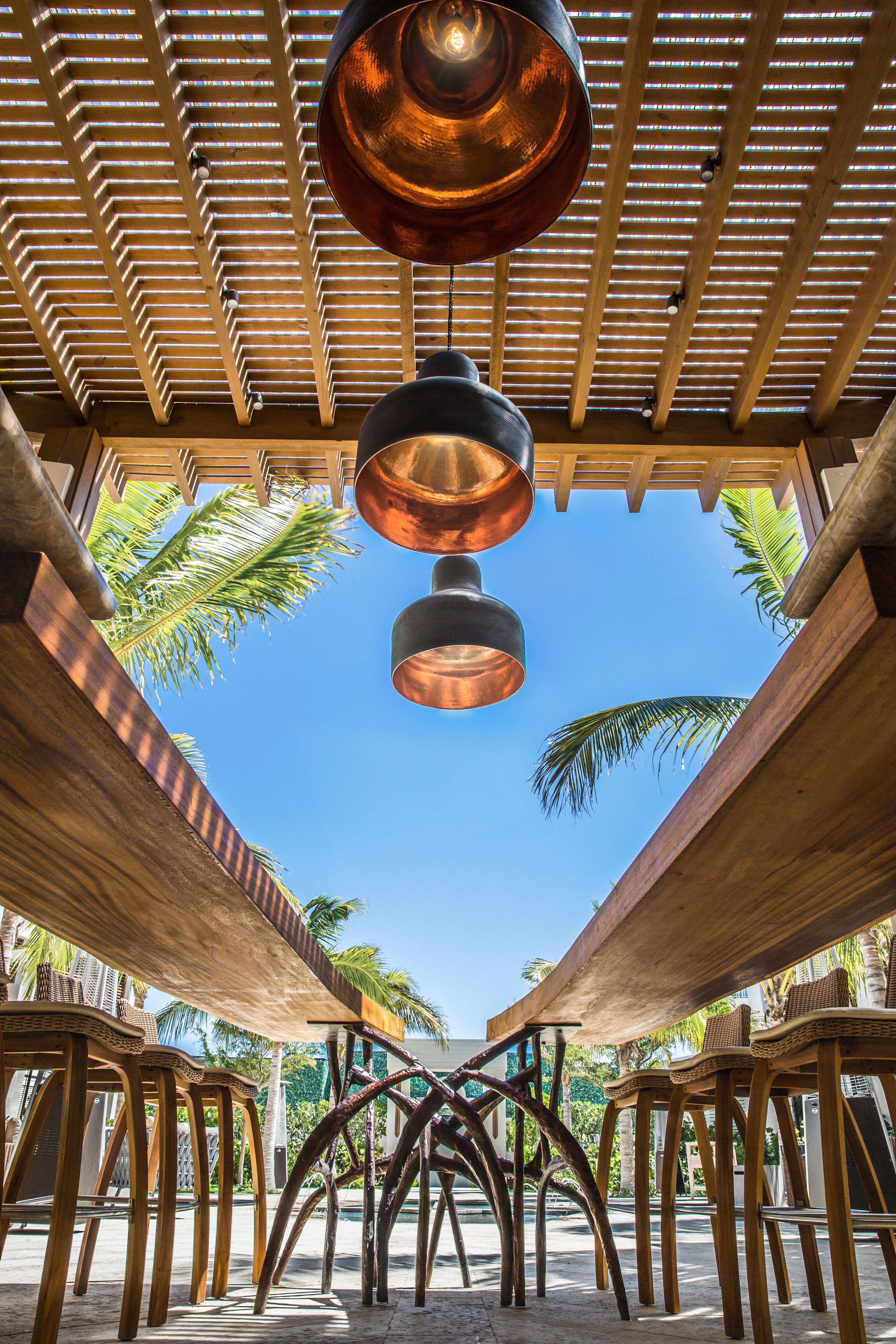 Turks and Caicos offers spectacular beaches and crystalline waters, but also provides a consistently idyllic climate. The unceasing ocean breezes promote a lifestyle of openness, a state of relaxed, carefree placidity. An environment conducive to thought, to introspection, to story-telling and story-writing.  Where community supersedes technology, where conversation and laughter drown out thoughts of faraway, tumultuous places. Upon describing it one would use terms like utopian, Babylonian.  According to legend Nebuchadnezzar built the Hanging Gardens of Babylon for his wife, Queen Amytis, as a gesture of love and devotion. Regardless of the story’s veracity, these gardens were a product of a dreamer’s imagination, an attempt to create a poetically nurturing space. The space was to be self-referential, contemplative, luxurious yet consciously un-pretentious. To that end we embraced the notion of Hanging Gardens, of building an understated palace for a deserving queen. Rather than building architecture in conventional form, our intention was to start with the open space – to create a series of patios, a garden which happened to host a series of disparate functions. To bring what would usually be thought of as separate spaces together, to allow them to speak to each other in familiar, non-hierarchical terms.

We relied on fluidity of space, on the dematerialization of walls, to unify the experience. To create personalized environments, experientially rich interstitial spaces. By keeping it pure and reductive, mostly devoid of ornamentation yet rich in experience, we aimed to redefine the palace. By blending Architecture, Landscape and Interiors into a seamless experience we aimed to redefine the concept of what we ultimately seek in luxury.

The pool, restaurant, courtyard and ballroom are contiguous. The courtyard’s the mediator, the bar’s the anchor. The bar splits in the center, mangrove roots suspending the table, allowing the bartender to personally engage the guests.

WE AIMED TO REDEFINE THE PALACE. BY BLENDING ARCHITECTURE, LANDSCAPE, AND INTERIORS INTO A SEAMLESS EXPERIENCE